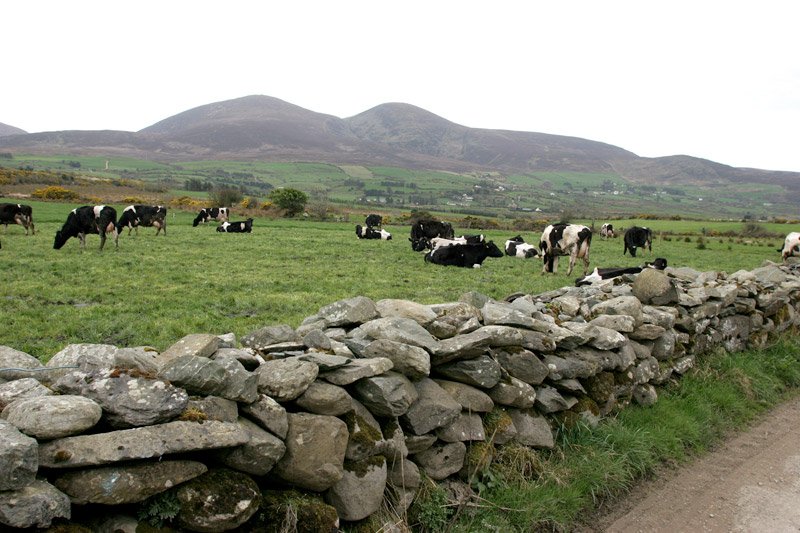 The Paps Mountains or Dá Chích Anann are named after Anu, principle Goddess of pre-Christian Ireland and mother Goddess of the Tuatha Dé Danann, a legendary group of divine invaders who ruled Ireland until their final defeat at the hands of the Milesians. The mountains are called ‘The Paps’ as they are ‘bosom shaped’ and there is a cairn at each summit. There is thought to be a Neolithic burial chamber within each cairn, but this is subject to further study and archaeological excavation. Pre-Christian society believed that the Goddess Anu brought prosperity to Munster. Anu or Danu (who appear to be one in the same divinity) was originally a pan-European Goddess – her name being commemorated most famously in the River Danube. The West Pap stands at 690 metres above sea level while the East Pap stands fractionally higher at 694 metres above sea level. As a pair, they feature as quite prominent topographical features at the southern limit of Sliabh Luachra, south of Shrone, Co. Kerry. (IRD Duhallow Ltd, Newmarket)